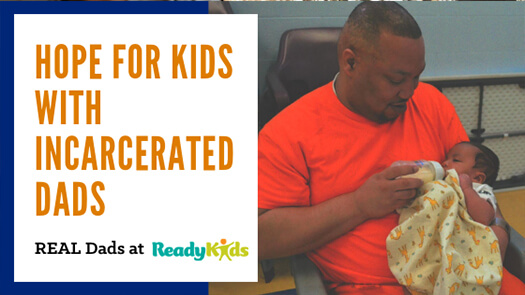 James* was five-years-old when his dad was arrested and sent to the Albemarle Regional jail. James went to live with his grandmother. Five-year-olds are high energy and a bit rambunctious. However, over the course of a few weeks it became evident to his grandmother that James’ increasingly loud outbursts and frenetic body movements were beyond what was deemed ‘normal’ for his age. James missed his father. He had no words to describe the feelings within him, so they came out in other ways.

Child Welfare experts have long known anecdotally that the shame and separation of having an incarcerated parent affects a child’s development and behavior. In 1998, they got proof. The release of a now famous study referred to as the “ACEs Study” detailed how ten different Adverse Childhood Experiences (ACEs) were linked to poor physical and mental health outcomes in adulthood. Nestled among the more cited ACEs like child abuse or neglect was having a family member in prison.

Children affected by incarceration are a vulnerable population. Often they are living in poverty. Also, because 92% of incarcerated parents are fathers, they live with either a single mother, a relative or in the foster care system. They are, more often than not, black. One in 9 African-American children have a parent in prison, compared to one in 57 white children. The feelings of abandonment when a parent is incarcerated harm a child’s developing brain. It changes how they respond to stress and damages their immune systems so profoundly that the effects show up decades later .

It can feel very “gloom and doom”. Like, these children are stuck in a societal pattern that’s impossible to reverse. But, it’s not true. The best treatment to combat Adverse Child Experiences is strong relationships with competent parents. How do we strengthen the relationships of children affected by incarceration? How do we make incarcerated parents more competent at parenting upon their release? This is how ReadyKids opens the door to bright futures for these children.

In 2007, ReadyKids created a program called REAL Dads aimed at coaching incarcerated fathers to have Responsible, Empowered, Available and Loving relationships with their kids. It was, and still is, the only evidence-based fatherhood program in the Charlottesville-area.

“I think often we think father’s programs are just about the father,” said Eddie Harris, Fatherhood Specialist with REAL Dads. “We’re approaching it from the perspective that the most important and valuable asset is the family. When a parent gets help, it helps the whole family.”

REAL Dads focuses on providing parenting classes to men who were incarcerated, or newly out of incarceration. Each year, REAL Dads works with 6 fathers in the Charlottesville-Albemarle Regional jail in a weekly fatherhood group. Outside of the jail, Harris works with approximately 30 fathers recently released from jail or estranged from their children for another reason.

In 2017, a growing body of research began to support the use of contact visits between incarcerated fathers and their children. A child who not only visits their parent in jail or prison, but is able to have quality time with them, has improved outcomes. Usually when children visit a parent in jail or prison, they are confined to a crowded, loud visiting room. Or, they must talk through a plexiglass wall. REAL Dads worked closely with the regional jail to begin twice-yearly contact visits, where fathers and their children can be together in a quiet, supervised space for special family time. Last year, 11 children in Charlottesville were able to play games, get hugs and spend quality time with their incarcerated fathers. 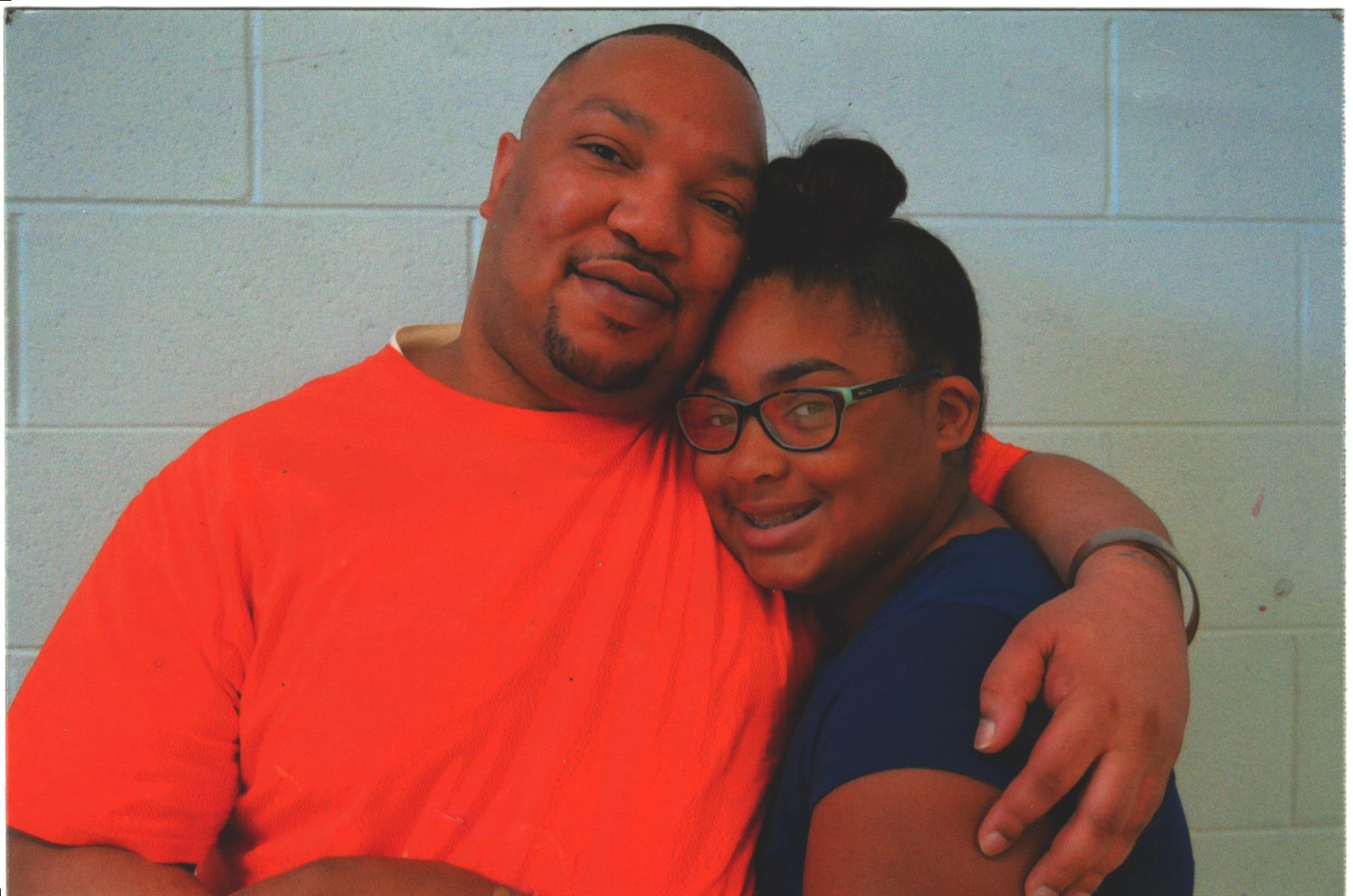 The visits make a difference.

“The look and smile on my son’s face as he ran up to me with a huge hug, really made me feel good,” said one REAL Dads participant. “He talked about how he beat me in the board games for days after it.”

The greater research backs up this particular REAL Dads’ experience. Contact visits are vital to a child’s mental health. According to the Urban Institute, “Spending time together as a family through play, conversation, or sharing a meal can help mitigate children’s feelings of abandonment and anxiety.” What’s more, children who continue to stay in touch with their parent in prison exhibit fewer disruptive and anxious behaviors. There is also evidence that contact visits helps lower recidivism rates for the parents.

THE POWER OF A HUG

One REAL Dads participant held his infant daughter for the first time in a contact visit two years ago.

“I had so many different thoughts going through my head, just finally getting the chance to touch my first born child,” he said. “The whole day after the visit I was day-dreaming about her growing up and what type of environment I wanted her raised in … I really wanted to change my own way of living.”

As for James, a visit with his dad in jail changed him for the better.

“I spoke to my mom and she says she wishes she could have a monthly contact visit, because she actually can see the difference in his behavior after each visit,” said James’ dad. “He starts the week off telling everyone what we did, that he has to be good and so does daddy so he can have class with me at ‘Big Boy Timeout.’ I am able to feel a little better knowing I am giving 100% to give him all that I can and I will continue to do so.”

CELEBRATE FATHER’S DAY, MAKE A DIFFERENCE FOR A KID

To learn more about REAL Dads visit the REAL Dads website. Also, there are several ways you can support REAL Dads this weekend! Random Row Brewing is hosting a Fathers’ Eve Event on Saturday, June 15 from 6 to 10 p.m. to celebrate the “brotherhood of fatherhood.” Proceeds go towards our REAL Dads program. Then, on Sunday, June 16, Craft Cville will support the important work of the REAL Dads program at Ready Kids with an event at Castle Hill Cider from 11 a.m. to 4 p.m. Join us for either event this Father’s day weekend!

Or, you can make a donation in honor of your dad this Father’s day by visiting our donation page. Happy Father’s Day!

* Name is changed to protect confidentiality